The legendary post-hardcore pioneers Shelter release a new edition of their album "When 20 Summers Pass" in cooperation with End Hits Records, which celebrates its 20th anniversary this year - in beautiful analogy to the title. The enormously influential formation around frontman Ray Cappo celebrates a record that had to be realized under adverse circumstances at the time of its release in 2000, but which is still remembered as one of the most slick hardcore records of the new millennium due to its musical class. After a Shelter discography marked by numerous experiments, "When 20 Summers Pass" can thus be understood as a sonic return to its origins, through which Cappo's brute songwriting energy is more clearly visible than ever. The new edition of the album on End Hits Records contains, in addition to the 12 original songs, four rarities as bonus tracks and additionally even a never before released Shelter song. All additional tracks are taken from the sessions the band went through when recording the album.

The bonus tracks are only included on the double LP and CD version.

In addition to the bonus tracks, the double LP version also includes a 36-page English-language fanzine and linernotes from Chris from Saves The Day which are printed in letter forn plus an exclusive poster.

There is still a screen print on the D side of the LP.

Limited to 200 pieces, hand-numbered in GOLD. Be quick, only available for a short time, limited CORETEX EXCLUSIVES go fast ...! 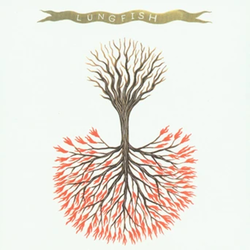