Please wait
Review data
Shipping information: It is still possible to collect your orders directly from us in the store without contact. Please pay attention to our fixed times. Stay healthy!
Winds Of Promise - same

WINDS OF PROMISE were founded in 2017 in Orange County CA. when ex-UNITY musician guitarist Joe D. Foster and drummer Patrick Longrie met in Longrie's Garage for the fun and enjoyment of the music and after 30 years jammed together and began to write songs. After a short while they had licked blood and decided to start an active band from their garage project. Mike Kenyon took over the bass and for the microphone they got their old friend, companion and the original IGNITE singer Joe Nelson, who, after hearing a demo tape says: WINDS OF PROMISE, is Foster's best work (since Call On My Brothers IGNITE's debut album), or in general, "the band. in June 2018, the four musicians went into the studio to record 10 songs for their debut album on Unity Worldwide Records. the sound of WINDS oF PROMISE can be used as a perfect mix of 80's Dischord Hardcore and the guy's typical OC hardcore: aggressive, energetic and powerful, with lots of breaks and a touch of touch and melody, their songs sound fresh and fresh, yet still reminiscent of the sound of their previous bands (UNITY, UNIFORM CHOICE , IGNITE, TRIGGERMAN, SPEAK 714, THE KILLING FLAME, BLOOD DAYS, LASTLIGHT) and in their songs you can hear the influences of bands like Fugazi, MARGINAL MAN Hear clearly, Embrace, Dag Nasty and Rites Of Spring. The record comes in gatefold cover, with poster and sticker. UNITY WORLDWIDE RECORDS and WISHINGWELL RECORDS donate the prize to the "Custody Angel Project" of the Cystic Fibrosis Foundation. 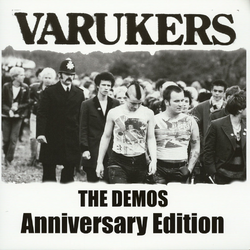