Hailing from New York/Boston, SPIRAL HEADS are a three-piece punk act that combine the melodic sense of THE WIPERS and early NIRVANA with the energy of seminal bands like THE DAMNED and BUZZCOCKS. The result is something that would fit in perfectly with the early '80s SST Records catalogue. The band features Simon Doom on bass/vocals (MGMT), Jim Carroll (AMERICAN NIGHTMARE) on guitar/ vocals, and Q (DOOMRIDERS) on drums. The story of SPIRAL HEADS began back when Jim and Simon met as teenagers while attending guitar camp in Boston. Jim and Q were also playing together in the A-TEAM at that time. Fast forward all these years later, they?ve joined forces to pay homage to their musical roots as SPIRAL HEADS.


FOR FANS OF: HÜSKER DÜ | BUZZCOCKS | THE WIPERS | MARKED MEN

Hellkontrol - stuck inside a vapid blitz 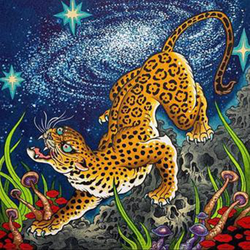