Notice:
This shop uses cookies - both for technical reasons and for improving your shopping experience. If you continue to use the shop, you consent to the use of cookies.
Accept learn more
x
Please wait
Review data
Magazine - real life

Following his departure from Buzzcocks in 1977 after the release of the ''Spiral Scratch'' EP, Howard Devoto formed Magazine with John McGeoch, Barry Adamson, Martin Jackson and Bob Dickinson, who would soon after be replaced by Dave Formula.

Already in 1977, Devoto felt that punk as a genre could constrain what he wanted to express musically, and with Magazine he aimed to create a framework in which to obtain a broader range of free and daring results.

Although tracks like 'Shot By Both Sides' and or 'Recoil' are still related to Devoto's immediate past, the influence of Roxy Music, David Bowie's ''Low'' and krautrock can be heard in the tight and dynamic sound of ''Real Life'' and its dark and brooding mood.

Magazine's debut is a key album to understand the music produced during that period and much of what would come later, and today it sounds as direct, uncompromising and intense as 35 years ago. 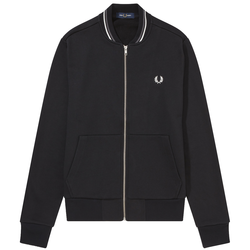