Notice:
This shop uses cookies - both for technical reasons and for improving your shopping experience. If you continue to use the shop, you consent to the use of cookies.
Accept learn more
x
Please wait
Review data
Zero Tolerance - fuel the fire

When the masses think of hardcore from Buffalo, the obvious names reoccur. But what has never been documented properly is the occulted beast known as ZERO TOLERANCE. For those around Buffalo in the late 80s/early 90s, ZERO TOLERANCE shows were THE event. They were the locals that could pull their weight amongst the nationals and the reason you showed up early. Erupting from their former band NEW BALANCE, ZERO TOLERANCE was a more furious, more intense new creature. Specializing in laconic intros, tight musicianship, intense stage presence and spiritual lyrics, ZT had the complete package to take on the world at large. ZERO TOLERANCEs recognition and impeccable street cred led them to play east coast shows with notables such as CRO-MAGS, SICK OF IT ALL and KILLING TIME and even a full US tour with SHELTER. These tours gave the burgeoning 90s hardcore scene a glimpse of Buffalo intensity and restrained madness. In the year of our Lord 2010, Reaper Records is proud to unveil, for the first time on wax, a document of a long lost classic previously only available on tape. Please accept this offering and place it in its proper place among the other giants of that era. If youve been waiting for the last two decades as we have, this is for you. If this is your first taste of ZT, youre welcome. 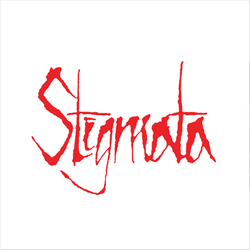 Stigmata - pieces of me / fillers for coffins