Notice:
This shop uses cookies - both for technical reasons and for improving your shopping experience. If you continue to use the shop, you consent to the use of cookies.
Accept learn more
x
Please wait
Review data
Vile - vile says fuck off!

Vile were outsiders to an insular scene: kids from the Boston suburbs who decided to gain attention the easy way, by pissing people off. Their most legendary gig featured them opening for the Angelic Upstarts and Jerry?s Kids in May of 1982 at Boston's legendary Channel club, in which they insulted the audience, made off-color remarks, and allegedly threw a mic stand into the crowd. Following the gig, there was a lot of local controversy in zines and local publications about their set, to which the band responded by placing a half page ad in Boston Rock magazine that simply said, ?VILE SAYS FUCK OFF!? The band played just a handful of other shows, and left behind the notoriously rare, self-financed "Solution" LP. The three songs contained on this 7" were recorded during the LP sessions: "Overload" being previously unreleased, and "Definitions" and "5 To 10" being alternate versions to the LP cuts. These tracks are simple, raw, energetic, and pissed off hardcore songs made by alienated kids. 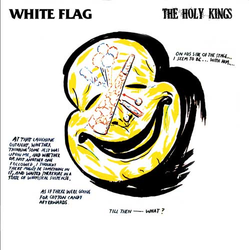