Direct from New York City, Skull Crusher has unleashed their debut EP, "Blinded By Illusion" on both CD and colored vinyl. With explosive Linas Garsys full-color cover artwork and a layout that looks like it was ripped from the pages of Thrasher Magazine circa 1986 the entire package (complete with heavyweight colored vinyl) almost makes you forget that there even needs to be music involved here. But music there is. Combining elements of overdriven heavy rock, early thrash metal, and timeless 80's era NYHC, this volatile combination instantly provides the catalyst for a dance floor consumed with controlled rage and unified violence. With deafening vocals, hard beats, massive riffs, and chaotic solos all captured in a brutally big recording...it's like a headbanging scientist's mix of Cro-Mags, old Metallica, and Raw Deal - being played by guys that witnessed it all first hand and took extensive notes while gasping for air between mosh parts. As extreme fans of all of the above, both Reflections and Livewire felt that Skull Crusher had an immediate home on their labels, and realized the appeal wouldn't be limited to a hometown or even home-country audience. With appropriate time spent writing, recording, and solidifying a proper line-up, Skull Crusher is now ready to clock in to a lengthy tenure of playing, touring, and building their unwritten future. But with "Blinded By Ilusion" as their foundation for what's to come, it's only a matter of "when" - not "if." 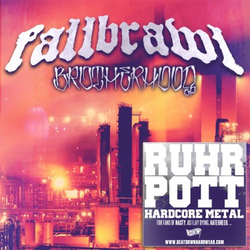 Sworn Enemy - as real as it gets 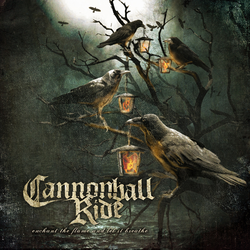 Cannonball Ride - enchant the flame and let it breathe

Kings Never Die - before my time

Malevolence - the other side