With 17 years on the road, the hardcore band Questions released by HBB in partnership with Seven Eight Life Recordings, the DVD "We're Not Alone". The live show was recorded in October 2016 in São Paulo and features a full show with seventeen tracks. The set list features songs from all the band's albums, from the first demo "We Shall Overcome" (2000), released on cassette tape, to the last record, "Pushed out ... of Society" (2015). "The main criterion was to choose songs that we think best represent our ideas and mainly, that work well live. For us the participation of the crownd is the most important thing in a hardcore show and the guys corresponded in an impressive way, the energy of that day was too much ", says guitarist Pablo Menna. The live record also includes the participation of André Vieland (Good Intentions) in "Discord" and Marcelo Papa (Bandanos), who was also a bassist for Questions, in "True Brotherhood". The guitarist says the band is happy with the result of "We're Not Alone". "We are very proud of everything that went on show, the quality of the material captured, both images and sound, and especially the energy of the crownd. We were never a super technical band, with everyone playing with millimeter precision, that was never the proposal or our concern. So the performance of the songs may not be 100% perfect, but it's true to what we play. What we like in hardcore shows is the excitement and the band / audience interaction, when everyone makes the show happen. And that rolled over, with a fucking energy in a climate of peace and brotherhood" 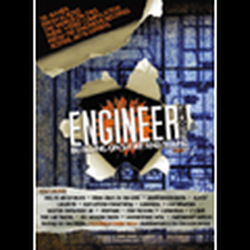 Engineer Building On Sights & Sounds - with The Fire Still Burns, Chamberlain, Cashless, Andthewinneris, Worlds Between Us... 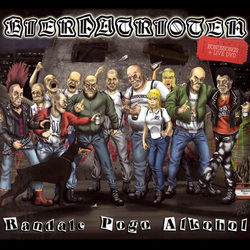 Sheer Terror - beaten by the fists of god

Sad But True - In Memory Of Our Friend Ivan 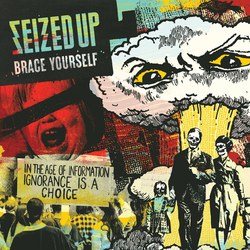