The British deliver their 16th album three years after "Medusa". "Obsidian" is a broadly based album that takes into account the many facets of the long musical changes in the discography of Paradise Lost. Whether 89s goth rock, heavy doom grenades or simply classic, opulent songs, "Obsidain" has something for everyone without being frayed or disoriented. The gentlemen of darkness have largely produced the album themselves with the help of Jamie "Gomez" Arellano and so a certain rough charm runs through the nine tracks, in which the doomy-rugged pieces stand out. But also the songs heavily influenced by 80s Goth Rock ignite immediately. Just call "ghosts", this song will fill the dance floors. A rather edgy, threatening number like "The devil embraced" stands for the identity of the British, who sound anything but exhausted in their fourth decade of their career. "Obsidian" is a multi-layered, varied album that combines all the strengths of the band.

Testament - the formation of damnation 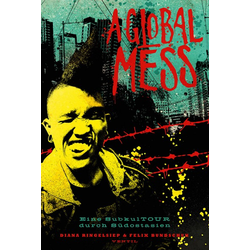