Notice:
This shop uses cookies - both for technical reasons and for improving your shopping experience. If you continue to use the shop, you consent to the use of cookies.
Accept learn more
x
Please wait
Review data
P.L.F. - jackhammering deathblow of nightmarish trepidation CD

These Houston monsters of Grindcore mayhem refuse to settle for anything other than pure, unleashed Grindcore (Naplam Death/Carcass) tinged with a raw death metal punishment of classic Kreator. This new recording devastates with whirlwind, raw guitars and guttural puking vocals by founding member Dave Callier. Bryan Fajardo's precise, jaw dropping attack on the drums delivers as always, melting ears and stirring a sense of pure awe at his talent. One of the best in extreme music. This band relies on an absolute dedication and love for the genre. Truly one of the best going, and likely, one of the best ever. 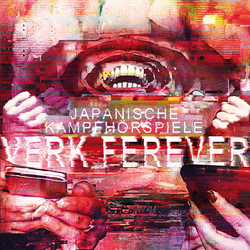 Kesskhtak - may not be the one you want