Iron Chic's new record is two things: both the same as previous releases, and absolutely incomparable to them.
You Can't Stay Here addresses the same big questions that have plagued the Long Island punk group from their outset: anxiety, depression, relationships, substance abuse, mortality, life, death, what it all means, why we're forced to experience them.
But this album is punctured with grief and devastation; while these are all familiar concepts, they're relayed with an added desperation, and the claustrophobic, inescapable reality of them.
There's no punchline, no immediate silver-lining. That pervasive darkness goes right back to the record's title, a line from the song, "You Can't Stay Safe." It's a manifestation of a general anxiety, a permanent lack of peace.
"No matter what you do in this world, there's always some danger or something lurking there for you," Lubrano sighs.
"Even when you kind of think you're okay, you might not be. That was just sort of like a desperation there: you can't really be safe anywhere." It's hard to not hear all of this as a product of the loss the band suffered in January 2016, when Rob McAllister, Iron Chic's founding guitarist, died unexpectedly.
The band is still coming to terms with McAllister's passing. "I've dealt with loss before in my life," Lubrano says.
"I lost my dad when I was 21, but he was sick and we kind of saw it coming, and I was able to process it in that sense.
Rob was a unique thing because it was one of the &rst times a close friend has died, and someone my age." 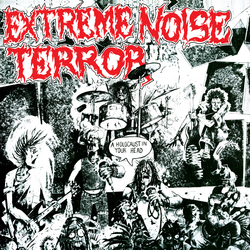