Please wait
Review data
Shipping information: It is still possible to collect your orders directly from us in the store without contact. Please pay attention to our fixed times. Stay healthy!
Government Flu - kfjc session

Government Flu did tours in the United States of both the east and west coasts. For a band coming from Poland this was a big deal. Previously, there were only Polish bands started in the 80s - DEZERTER, ABADDON and ARMIA - who had been invited to the States and these tours had happened years before, between 1998-2003. In the case of Government Flu, their tours were the first longer proper tours for any Polish HC / Punk band in this country. In addition, what made these tours special is that they occurred without the financial backing of sponsors or official associations. During their west coast tour in 2016, Government Flu was invited to a recording session on KFJC radio in Los Altos Hills, California. In this studio, operating since the end of the 1950s, live sessions have seen the recording of many artists, including a number of HC / punk bands like Government Issue, Christ On Parade, The Ex, The Faction, Spazz, Dystopia, Asshole Parade and Corrupted. The Government Flu session was both recorded and also broadcast live on the airwaves. During this session they did seven songs in less than eight minutes. This resulted in the sound engineers asking, "That?s it?!" The whole session is now coming out on a limited edition of 250 copies on flexi EP. You might have a lot of records in your collection, but you do not yet have any release from a Polish HC / punk band recorded in the United States. 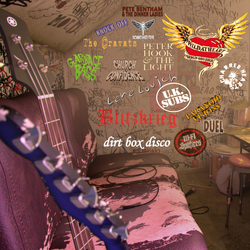