Start The Machine, was originally released in 2004. Until now, it is the only album from the legendary band that has never been issued on vinyl. To celebrate the 15th anniversary of this classic, At The Dojo Records will remedy that with a newly remastered debut vinyl release. Also included is a bonus picture flexi 7" of "Written In Stone" performed live at Roadburn Festival 2003, one year prior to the song's studio version release on this album. This 3000 unit run is pressed on neon green/black splatter vinyl and the gatefold package design includes never before seen photos of the band. Start The Machine features "Written In Stone," "Hey" (as featured on the television series, "Sons Of Anarchy" and crowd favorites "Make Them Believe" and "Today's Too Soon." This is the recording debut of drummer Scott Reeder, formerly of Smile. The CD version of this album is also newly remastered for maximum fidelity. "One of Fu's tightest albums in years" - Pop Matters "Invariably tight, immediate and groovy, pulsing sonic hot rods like "Written In Stone," "Open Your Eyes" and "I Wanna Be" dominate an LP that was clearly meant to be heard on vinyl"

Eagles Of Death Metal - heart on 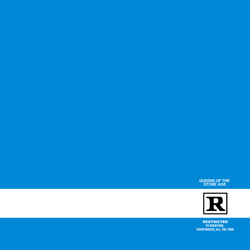 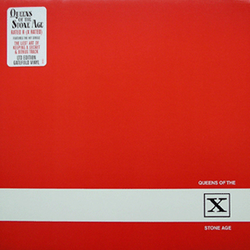 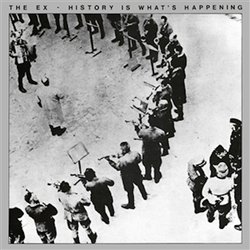