Notice:
This shop uses cookies - both for technical reasons and for improving your shopping experience. If you continue to use the shop, you consent to the use of cookies.
Accept learn more
x
Please wait
Review data
Firewalker - alive PRE-ORDER

Firewalker's entry into the HC scene in the USA was understandably met with lots of buzz. The band originated in Boston and declared on day one that hardcore should be more diverse and inclusive, with the traditional model of "brotherhood" in HC belonging to the dustbin of history. Their critical message combined with a sound embedded in the traditions of their own Boston backyard and late 1980s NYHC (think early Madball, Breakdown or bands from "The Way It Is" comp) immediately created a space where folks of different backgrounds could move closer at shows and be empowered by any Firewalker set.

Shows and tours with G.L.O.S.S. strengthened their significance for the current United States HC scene, and releases on Pop Wig Records (label run by members of Trapped Under Ice, Angel Du$t and Turnstile) caused the rest of the world to also feel the "fire" flowing from the band.

Members of FIREWALKER have been - or are currently playing - in bands such as LEATHER DADDY, RASH TONGUE, WITCHTRIAL, IRON CAGES, GUILT PARADE or STUCK PIGS.

The three songs on this EP were originally released only as a limited cassette from Pop Wig Records. It was available during the band?s first European tour in 2018 and was sold out after only the first few shows. With Firewalker returning to Europe in 2020, we decided that a vinyl edition of these recordings with new artwork would be a great idea. This is a one-time pressing of 500 copies...so don?t sleep on this! 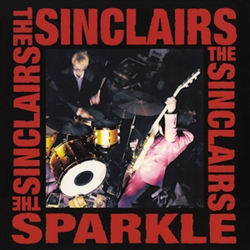 Agnostic Front - for my family for my friends