This is the third release of Coke Bust on Refuse Records and we're fuckin' proud of it as this band is one of the most kicks ass unit of the last decade. Their second 12" in their discography is nine new songs which strike with total power and explosion of anger pointed in the right direction. This is the sound of Washington DC Straight Edge of our time. This is the soundtrack of their "Hardcore Without Borders" campaign as a full-on non-stop touring machine. These 9 songs will hit you hard with their raw and fast sound and lyrics that desperately attempt to liberate the individual from the modern societal trap where addictive and destructive consumerism in a homeland is linked to brutal military interventions in foreign countries. Take a deep breath before listening.
Mastering by Smok (Post Regiment, Studio As One). 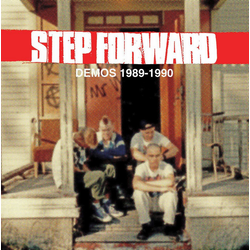 Insight - what will it take (champion)