The Chats are a pub-punk shed-rock band from Queensland, Australia. They began playing together in high school, releasing their debut self titled EP a month away from graduating in 2016. Triple J described the EP as "seven joyous sky-punching tracks that combined 60s garage punk and 70s new wave punk"About nine months out of high school, The Chats went back into the studio to record their follow up EP, "Get This In Ya". The second EP sat online for half a year until the band had a viral hit with the music video for their song "Smoko", which racked in millions of views on Youtube in a couple of days, quickly becoming a viral hit and drawing attention from popular rock musicians Josh Homme, Iggy Pop, and Dave Grohl.Since then, The Chats have become notorious for their loud and chaotic live shows and their zero fucks attitude. The Chats have sold out shows in Australia, New Zealand, the UK and Europe.They've toured with Australian punk legends Cosmic Psychos, US rock heavyweights Queens of the Stone Age, and fellow pisswrecks Pist Idiots.With a debut album in the works, as well as national and international tours, The Chats aren't showing any signs of slowing down soon.The Chats have coined the term "shed rock" to describe their sound. Their self-contained approach has been likened to that of King Gizzard & the Lizard Wizard. They have cited Australian bands Cosmic Psychos, Dune Rats and Eddy Current Suppression Ring as major influencesThe band takes its name from the phrase "that's chat" - (Australian slang to describe something terrible) and Sydney suburb of Chatswood.

Buzzcocks - another music in a different kitchen 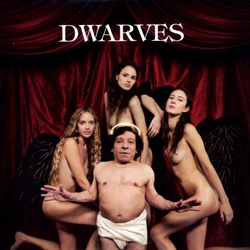