Formed by Gavin Van Vlack (ABSOLUTION, DIE 116, PRY), Alan Cage (BEYOND, QUICKSAND), Alex Napack (PRESSURE RELEASE), and friend Chaka Harris (ORANGE 9MM), BURN set out to create something different than the preexisting sound of late-80s New York hardcore. Shortly before the initial breakup of BURN in 1992, the band recorded three songs that went unreleased for a decade. The recordings were highly sought after by fans, and tenth generation dubs circulated the underground scene for years until in 2002 Revelation Records released them on vinyl. Now, after being out of print for many years, Last Great Sea is finally available again.

FOR FANS OF: BURN, INSIDE OUT, SUPERTOUCH, QUICKSAND, BORN AGAINST, BEYOND, BANE

Cause For Alarm - same 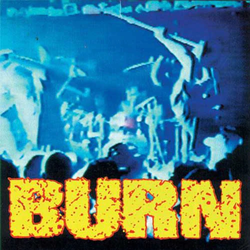 Ghost Fame - To All My Past Friends PRE-ORDER