All Pigs Must Die return with their third skull-crushing opus: ?Hostage Animal.? As with their previous albums ?God Is War?, and ?Nothing Violates This Nature?, thisalbum was recorded and mixed by Kurt Ballou (Converge, Nails, High on Fire, Darkest Hour) at Godcity Studios. Of course bashing the hell out of the skins is Converge drummer: Ben Koller (also of Mutioid Man). Also joining the band as of late is Trap Them six string mutilator: Brian Izzi. APMD is a band committed to uncompromising sonic warfare. Its sound and lyrics assault the listener in a fury of blackened death filled anthems. Owing as much to the Cro-Mags and Discharge as Entombed and Celtic Frost. APMD mix powerful riffs, relentless tempos and a dark presence to bulldoze a grim path of destruction. The ?Hostage Animal? album contains 10 violence-inducing shredders steeped in utter filth. 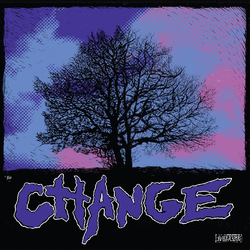